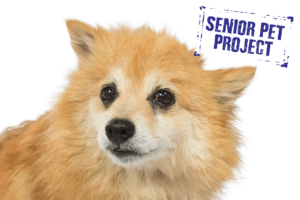 Tasha arrived at Sydney Dogs and Cats Home four days before Christmas.  This  12-year-old girl was in a bit of a state.  She had a flea allergy resulting in inflamed skin, scaly patches and hair loss over a significant portion of her body.  Her ears had signs of chronic inflammation and Tasha had a large hot spot (i.e. hair loss) on the elbow of her left front leg. The little hair she did have was full of flea dirt and her coat had numerous small matts.

Tasha was microchipped and although we tried to contact her owner on several occasions our calls went unanswered and unreturned.  Finally after the 14 day hold period passed, Tasha was ours to care for whilst we tried to find her a new loving home.

Our vet team quickly developed and implemented a care plan for Tasha.  She was given a full-body clip and bathed with a medicated shampoo to soothe her skin.  A good quality flea and mite treatment was also administered to remove the underlying cause of Tasha’s allergy.

In addition to her skin issues, Tasha was also highly anxious. So the team put Tasha on a medication to help reduce her anxiety.  And we were fortunate to be able to place Tasha into foster care with one of volunteers, who happens to be a vet student. 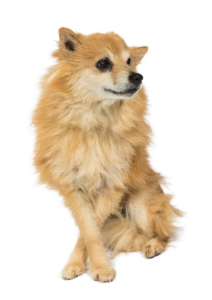 Tasha is doing really well in foster care.  Her hair is growing back and her medication for anxiety has been reduced.  Tasha’s true personality is emerging and despite her age, she is proving to be an energetic, sprightly little dog.  Tasha is a senior pet that has been transformed and is now looking for her new forever home.  Check out Tasha’s profile to learn more about this sweet girl. 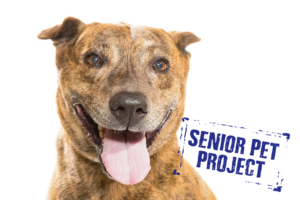 For almost seven months, Sasha has been in the care of Sydney Dogs and Cats Home. This warm sweet nine- year-old Staffy X – that’s approximately 61 in human years – was picked up as a stray, and arrived at the Home with her pal Tank, a six-and-half year old Staffy X. Unfortunately due to a change in their owner’s circumstances the pair was surrendered into our care.

Having identified that Sasha was an anxious dog, our behavioural team tried to rehome Tank and Sasha together. However while many people were interested in Tank, Sasha was a bit of a wallflower. No one expressed interest in adopting her.

It is also the rare person who can take on two big boisterous dogs at the same time. So after two months the team made the difficult decision to rehome the pair separately. Tank, immediately found a home and not long after so did Sasha.

Within a few days however Sasha was returned as she didn’t get along with her new housemates, a pair of cats. Again, day in and day out, this beautiful old girl waited patiently at the Home, and despite her gentle loving nature she continued to be overlooked by potential adopters.

Rather than letting Sasha’s anxiety grow with a prolonged stay in the shelter, Sasha was placed into foster care, where she has remained for the past few months. While Sasha is being spoiled rotten and loved very much by her foster family, this is only a temporary arrangement.  Sasha still needs to find her permanent home, and until that time we will continue to look after Sasha’s needs, ensuring she is well cared for. 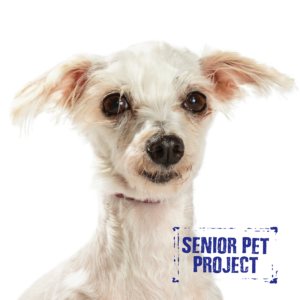 Betty White, a 12-year-old Maltese-cross, who entered the Home in March, is the epitome of the seniors who need the special care that is provided by The Senior Pet Project.  Betty, a tottering old girl was brought in as a stray.  Her fur was dirty and matted, and her breath was putrid.  Our vet team performed a health assessment and it was clear by Betty’s neglected state that she hadn’t been to a vet in a very long time, if at all.  We did have contact with her owners, and they did not want Betty back so she came into our care.

The treatment plan was quickly developed and set into action.  Betty underwent major dental work, resulting in the extraction of most of her teeth. She had surgery for the removal of numerous mammary tumours.  She also had a complete shave as the knotting of her coat was so extensive it had to be cut back to her skin. What emerged may not have been the prettiest girl, at least not yet, but Betty had a new leash on life and was alert, friendly and energetic.

Betty enjoyed three weeks at the Home.  She was our much loved office dog and spent the days greeting all our visitors.  Until one day a very special group of visitors came, Lucy and Kelly, and their roommate Ami.  The trio instantly fell in love with our Betty White and adopted her that day.

As Sydney’s only registered charity pound and active rehoming facility, Sydney Dogs and Cats Home has been opening its doors to lost and abandoned pets for over 72 years. Sadly, embracing neglected seniors is all too familiar to us, and in recent times it seems we are experiencing an increase in the numbers of senior dogs and cats needing our help.

This increased demand was the catalyst for the Senior Pet Project, a new Sydney Dogs and Cats Home initiative. We have created the Senior Pet Project as a means not only to put a spotlight on these golden oldies to help with their rehoming, but also to raise the funds required for their much needed veterinary care and often prolonged stay at the Home.

Not surprisingly, the majority of senior cases do require extra veterinary treatment. This additional cost may be the reason why many owners do not reclaim their senior pets. Seniors also tend to have a longer stay in the shelter or foster care whilst we search for a suitable home, and in some cases that one in a million person willing to provide love and palliative care in a pet’s final months, weeks or even days. 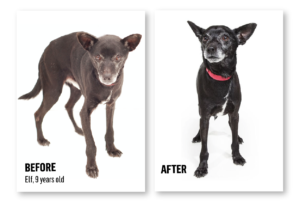 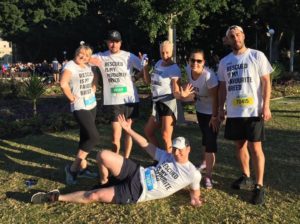 Join #teamSDCH in this year’s City2Surf as we run to fund the construction of Exercise and Enrichment yards for the animals that will come into our care when we build our new home.

Our current location, which we have called home for more than 70 years, has been slated for redevelopment and our facility for demolition.  We are now trying to raise the funds that will go towards the construction of our new home.   We have set an audacious goal, to raise $30,000 to help fund the build of best-practice amenities for the enrichment of the more than 3,500 lost and abandon pets who will come through our doors each year.

Our own General Manager Stuart Paine has dusted off his running shoes to help raise funds and awareness for Sydney Dogs and Cats Home by running in this year’s City2Surf.  Stuart joined Sydney dogs and Cats Home five 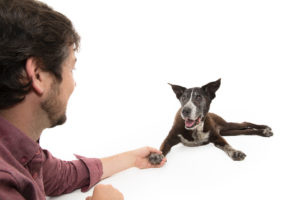 months ago.  He was drawn to our organisation because of his own unique experience with Woody, a dog he adopted some 11 years ago.  “Adopting Woody was the best decision I have made to date.  I want to give other people the opportunity to adopt their own rescue pet and share the same amazing journey I did with Woody,” explained Stuart.

It’s been more than two years since Stuart competed in a marathon and even longer since he participated in City2Surf.  Stuart isn’t counting on beating his personal this year as he’s going to be wearing a doggie onesie.  “Our new shelter will provide a better quality of stay with more mobility and outdoor space for the animals that come into our care, and I’m wearing a doggie onesie to emphasise the importance of shelter enrichment and exercise. Whilst promoting the need for donations to build Sydney Dogs and Cats Home – our new home,” said Stuart.

To join Stuart and the rest of #teamSDCH head over to https://teamsdch2018.raisely.com/ and sign up.  Extra perks for joining the team include: