Our Foster Care Program is one of our key projects – providing people with the opportunity to enjoy having a pet in their home without the long term responsibility or financial commitment. While they are in your care, you will get to experience the wonderful aspects of having a pet whilst providing them with a loving short-term home.

We currently have several medium- to large-sized dogs who would benefit from being placed in temporary foster care homes while they wait to find their forever home.  Click here to apply to our Foster Care Program, or foster@sydneydogsandcatshome.org

The below video of Herbert demonstrates the benefits to dogs of being able to spend time in a foster care home prior to finding their forever home.  We are pleased to report that Herbert has been adopted and got to spend Christmas in his new home. 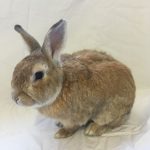 As Sydney’s only charity pound it’s not just cats and dogs that the Council rangers bring in to us. Last financial year, we welcomed more than 60 rabbits into the Home. Sadly only a handful were reclaimed by their owners, leaving our team to find new loving homes for the remainder.

As with all the lost and abandoned pets that come into our care we try to set them up for success, investing thanks to the community’s support, in providing them with the veterinary treatment and care they deserve. One recent recipient of this support is Bunjamin.

Bunjamin arrived at Sydney Dogs & Cats Home as a stray bunny with a weepy eye. Upon further investigation by our vet team – which included sedation and X-rays, before his desexing procedure – it appeared that Bunjamin had an abscess in the root of his tooth. This infection was causing his eye to weep.

The team put Bunjamin on pain relief and anti-biotics and organised for Bunjamin to see a specialist as dental work on a bunny is difficult and requires an expert with specialist equipment. Further investigation by the specialist revealed that Bunjamin had an elongated tooth root that is likely impinging on the right tear duct. Although the tooth does not need to be extracted at this stage, potentially it will need to be removed in the future.

Bunjamin’s dental disease also involves malalignment and malocclusion, leading to the abnormal wearing of the teeth. The specialist vets have burred-down Bunjamin’s teeth so that they are now wearing normally. However, they have advised that Bunjamin needs regular dental checks and further treatment as required.

The overall prognosis for Bunjamin is positive. With appropriate ongoing care and treatment, he should have a happy, healthy life. And after spending five months in our care, we are excited to announce that Bunjamin was adopted early in the new year.

We currently have three rabbits in our care waiting to find their forever homes. If you are interested in adopting a rabbit or other pet please check out our website. 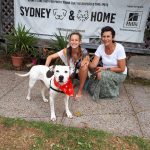 to the dedication of our staff and volunteers, and the generous support of our community, Nora underwent life-saving surgery.  After making a complete recovery we are pleased that Nora was adopted into a loving family in mid-January 2020.