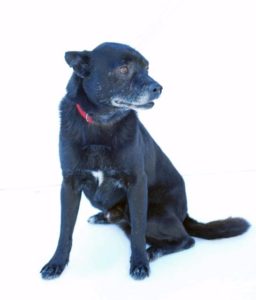 With the exception of his teeth, this 10 year old gentleman was in good health. After performing much needed dental work resulting in the extraction of some teeth, Chuck was ready to be rehomed.

However, it soon became apparent that Chuck wasn’t coping well in the shelter. He was anxious and fairly distressed and we knew we had to take action. Thanks to our wonderful network of volunteers a temporary foster home was found for Chuck, enabling him to have some time out of the shelter.

Fortunately for Chuck it didn’t take long upon his return to SDCH to be adopted. But after only four months in his new home, Chuck’s circumstances changed. His new owner had to move into an aged care facility and couldn’t bring Chuck along. 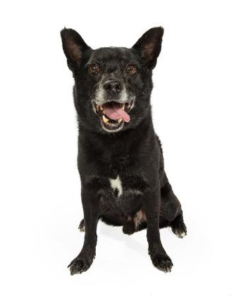 Chuck once again found himself at SDCH. Knowing that the shelter was too stressful for Chuck, we placed him into a foster home with Caroline, a first-time foster carer. Chuck spent two months in his foster home before Alexis spotted him on the SDCH website.

A meet up with Chuck, Caroline and Alexis was organised to see if Alexis and Chuck would be a suitable match. Based on the photos below, we think Chuck and Alexis are a perfect match. So our beautiful old boy, almost a year on from first entering the Home, has landed himself a wonderful new forever home and human. 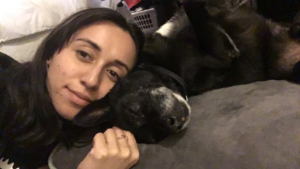 Young mum Lizzy was found and brought into Sydney Dogs and Cats Home with her two kittens.  While they were all now safe, Lizzy had a skin allergy resulting in excessive itching and licking as well as hair loss.  The SDCH vet team quickly identified that Lizzy was suffering from a food allergy. 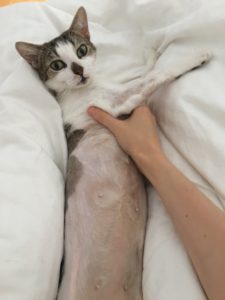 Food hypersensitivity can occur in both cats and dogs, and it can appear at any age or at any time.  The exact cause of food allergies is not yet know but is likely to be triggered by a change in the animal’s immune system.  This results in certain ingredients become perceived as foreign by the pet’s immune system and triggering an immune response.  This response can result in the typical symptoms such as itching, licking and chewing, and diarrhoea may also occur.

To minimise the stress on Lizzy’s compromised immune system, she and her kittens were place into a foster home which would be less stressful for them all.  Lizzy was also put on a specialist diet,  Hill’s Prescription Diet z/d, to try and eliminate the adverse food reaction. 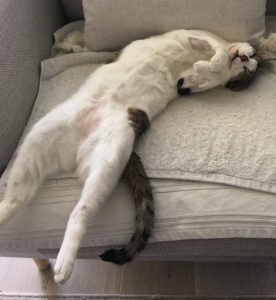 It took several weeks, but Lizzy’s condition cleared up and her hair grew back.  And we are happy to report that Lizzy and her kittens have all been adopted.  In fact, Lizzy has found her new home with her wonderful foster carer.

Volunteers play an integral role in all aspects of Sydney Dogs and Cats Home’s day-to-day operations.  Whether it is helping out in the kennels or cattery, providing administrative support, fundraising, being a foster carer or participating in our events, Sydney Dogs and Cats Home wouldn’t exist without their support.  And we are so pleased that our own Peggy Christodoulides has been recognised for her outstanding contribution to the Home.  Peggy was recently presented with a 2018 Banks Volunteer Award.

Peggy has been volunteering at Sydney Dogs and Cats Home since October 2016 and contributes so much to the smooth running of our shelter operations.  A quiet achiever, Peggy is well-known and well-like by the entire team of staff and volunteers.  Peggy is extremely dedicated and is frequently spotted at the shelter doing copious amount of laundry to ensure the animals in care have clean, dry bedding.  She’s also been known to coerce her friends and family into helping out with the laundry and washing of food bowls. Sydney Dogs and Cats Home wants to say congratulations and a big thank you to Peggy and all our volunteers. 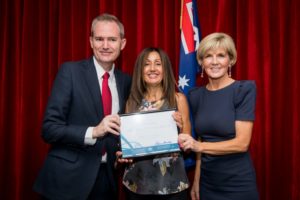 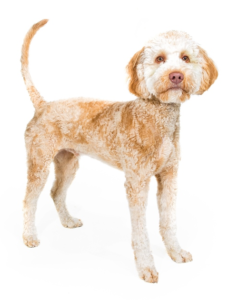 Some animals need a little more time and assistance to find their forever homes.  This was true of Charlie, the Labradoodle.  Not even a year old, Charlie arrived at Sydney Dogs and Cats Home in September 2017.  Over the course of the next six months Charlie was rehomed and subsequently returned to SDCH a few times.

Understanding that Charlie would need a bit of extra training to overcome behavioural and anxiety issues that had emerged, SDCH staff member and volunteer Sue decided to make Charlie her first foster doggie.

Sue recalls, “it took Charlie about three weeks to settle and for me to be able to observe what would trigger Charlie to run for the tea towels, hand towels, socks or any small item he could potentially eat”.  You see, in addition to suffering from anxiety, Charlie had Pica.  Pica is a condition where an animal craves and subsequently eats non-food items such as dirt, fabric, plastic, etc.

Sue worked diligently with Charlie for more than two months so that he stopped eating things he shouldn’t.  She was able to teach him to be a much calmer dog who would not mouth nor run around in circles when people came over for a visit.

Charlie’s rehabilitation involved provision of a structured routine including vigorous daily exercise and walks and reinforcement of acceptable behaviours to help build his manners.  Charlie, under supervision, was also exposed to various stimuli – different dogs, family and friends including kids as well as trips to the beach and cafes.

Along the way there were hiccups, including a memorable emergency trip to the vet after Charlie swallowed a dressing gown cord before Sue could take it away from him.  However all the hardwork and time that Sue, Charlie and the SDCH team invested paid off. 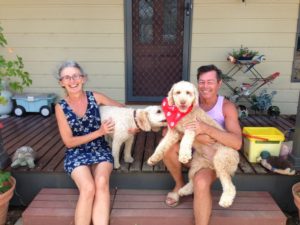 In February of this year, a lovely couple Peter and Michelle expressed interest in adopting Charlie…it seemed like a perfect match.  The couple had experience working with behaviourally challenged dogs and already had a Labradoodle named Chad that needed a mate.  And a doggie mate was just what Charlie needed to help him with his long-term emotional stability and to help him burn all his excess energy.

Charlie won the hearts of Peter and Michelle, and is now living the life going to the beach in Newcastle, playing with Chad, and exploring his new home, a 50-acre property near Mudgee.

Charlie is the perfect example of why SDCH doesn’t place a time limit on any adoptable animal.  It may take a little more time and a little more work, but animals like Charlie are worth it and make our work rewarding.

A big thank you to Sue and everyone at SDCH who played a part in Charlie’s journey to his forever home, and to Peter and Michelle for opening up their home to Charlie. 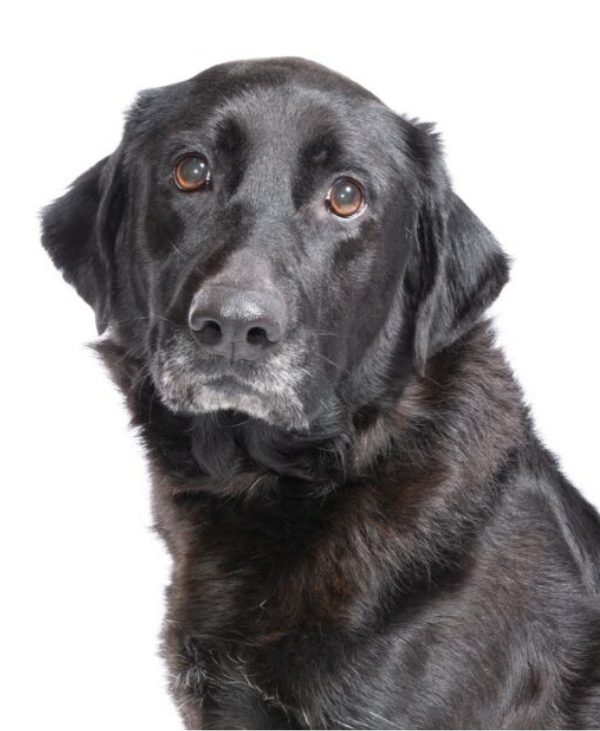